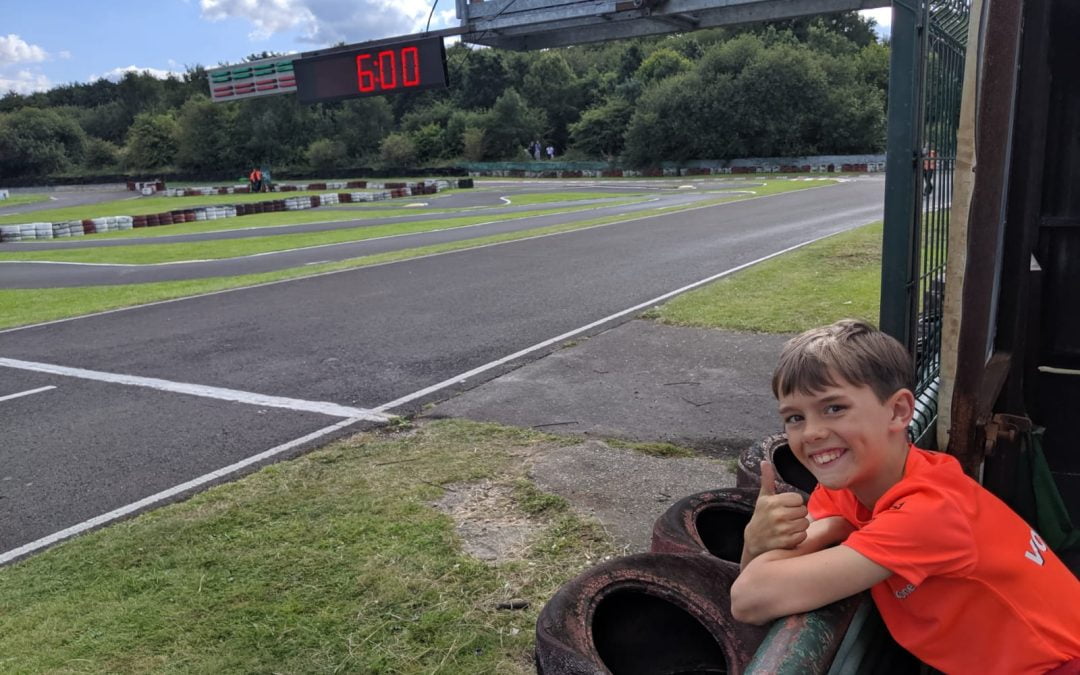 Another new track, Wombwell IKR. All of Team Karting and other regulars were there making a grid of 12 Cadets. On Saturday I was looking good on lap times with my best time of 39.1… Learned the track really quickly, so I was looking and feeling good for Sunday. Break sub 39 seconds, and I would have a great chance of a podium.

Sunday had arrived, on practice, my kart felt great I felt like I could do anything. As we had changed the setup the day before, and the weather was similiar, I was very confident going into the heats.

With it being random grids at Wombwell IKR, we were straight into the first heat without qualifying. I was starting 8th from 12 in heat one. I was quite wary into turn 1 but I managed to hold my position. On turn 2 I was nudged and span dropping down to 10th. On the next lap, the driver in front of me span and I got up into 9th. For the majority of the race, I was playing catch up but on the second to last lap, I got up into 8th. 7th was just ahead. It was the last lap so I had to get this overtake done quickly. Into turn 1 I was all over him but I got him into 2nd but I ran wide so I lost the place. Round turn 3 we were side by side but I cut him off and closed the gap. On the penultimate corner, he divebombed me and ran me onto the grass and I went down to 8th. Gutted.

In heat two I was starting 2nd. My first ever front row rolling start. I could control the pace to maximise on my start. On the green light, I got a way cleanly with no pressure from 3rd place. Unfortunately, on the third lap I went for the lead but got overtaken and dropped down to 3rd. On the next lap, the leader went onto the grass trying to dodge an dangerously abandonded kart on turn one. He dropped down to last. For the remainder of the race, I stayed in 2nd.

Heat 3 was my best race of the day at Wombwell IKR. I started 9th and finished 4th. I made my way through the field, overtaking on every lap until lap 7. It was a shame the front 3 had broken away too far, so I couldn’t catch up.

My average through the heats meant I was starting 5th. For the whole of the race, I was in 5th until the last lap board went out. So I did the final lap and crossed the line ith 5th. I was doing my in-lap, all the marshals were telling me to slow down as all the yellow flags were out, so I came in the pits. One of the marshals came over to me and said, ” It’s the last lap!”. I was so confused, the yellow flags were out, the on-track marshals was slowing us down, the last lap board went out 1 lap ago, and I ‘apparently’ came in a lap early.

We went to see the guy on the start/finish and all he could say is “drive to the checkered flag”.