The Teeside Final – Round 9 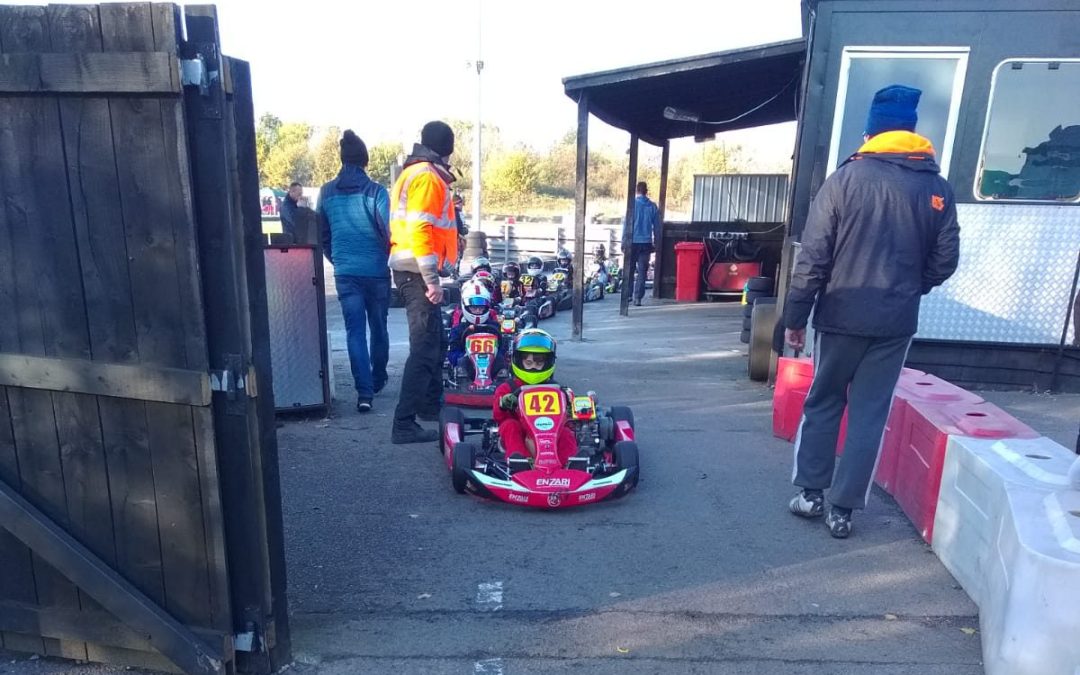 The last round had arrived and I was aiming high, as it was the last chance to show off all the information about the track (in the dry) that I have learned up to this point.

It was cold, (4 degrees to be exact) but not raining. The track hadn’t dried out from yesterday, which meant a damp qualifying. We all went out on intermediates because we saw someone go out on slicks for the 5 lap practice and they were all over the place. For the first half of qualifying, I was stuck in traffic, and couldn’t get a lap time I backed off and then went for it. Apparently, I was in p12 but as time went by I fell back. In the end, I managed to squeeze p16 by 2 tenths of a second and I missed out on p15 by 0.061 seconds.

I was starting 16th so I was on the outside of the grid, my favourite side. My starts have improved massively over last few weeks. And being on the outside means I can get around the other drivers easier. At the start, I gained two places up to 14th. Two laps later after some immense battling, I dive-bombed two drivers on the same corner, which made me 12th. Later that lap, on the main straight, there was five of us in a line. The girl at the front had a bad run out of the corner and got shunted off the track and thrown into the barrier at full speed. This caused me to lose a place and I was now in 13th. (She was alright after the crash). Two laps later, on lap 6, one of the front runners got caught out whilst lapping a backmarker and span. He ended up a place just ahead of me. On the 8th and final lap, on the last corner I went down the inside of him I ended up in 12th over the line. Good heat 1. (Skip to 52.30 here to see us 5 wide https://www.youtube.com/watch?v=xugUaFlLroc)

I was starting 12th but had a bad start and fell down to p13. Thanks to my teammate’s brakes failing completely (Follow him on Instagram https://www.instagram.com/egracing8/ ) I got up to p10 as he took someone out. (He had to retire). Later that lap, someone else span on a wet patch as we were all on slicks now, and I worked my way up to 9th. The rest of that race was pretty boring, I ran wide in the 4th lap which cost me a place but I got it back on the last lap, on the last corner which put me back in 9th.

This time I really did have an awful start I lost 2 places and was down in 11th. On the next lap, I passed one driver back got up into 10th. Later that lap my other teammate (follow him on Instagram as well https://www.instagram.com/wyattearp23/ ) broke down this put me in 9th. I stayed here for the rest of the race.

With a 12th and two 9th’s I was starting 10th in the final. I had an ok start and stayed in 10 but got up into 8th thanks to a crash ahead of me. I couldn’t get past the driver in p7 but I was staying on their bumper in case they made a mistake then I could pounce on it. Nobody made a mistake until lap 5, which was when the girl in first took too much curb and did a pirouette in the middle of the track, I didn’t get passed her but I got passed the guy who was in front of me because they had to slam on their breaks. I defended for the rest of the race and managed to take home 7th place for the last race of the season.