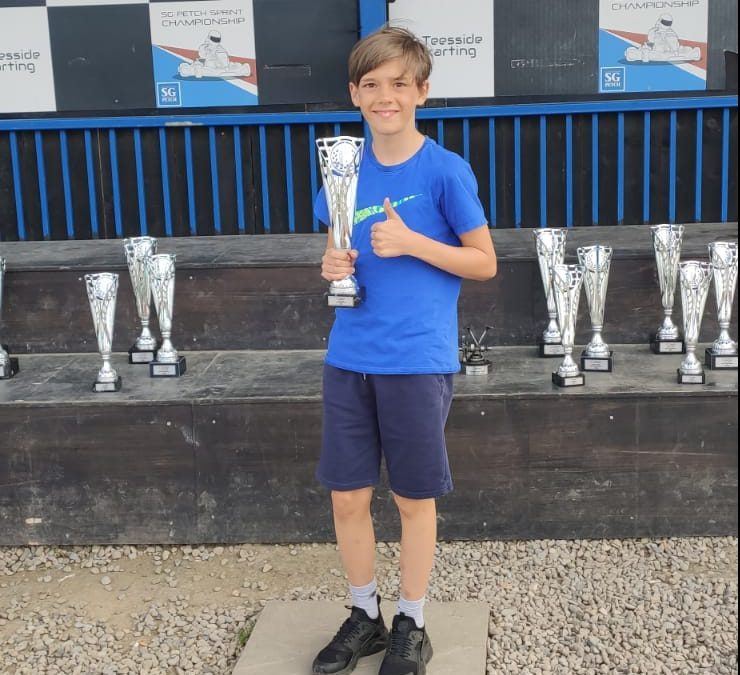 With a smaller grid than usual of 24, I was once again looking for a podium. On Saturday the track was very fast, almost a full second quicker than the usual Saturday lap times.

When lining up on the dummy grid for qualifying, we had given up on getting a good position and had decided to try to get as close to the front as possible and to let it play out from there. Surprisingly it worked, as by the time my 3rd lap came around I was straight on the pace. I managed a 48.1, followed by a 47.9. This would be my fastest lap until I decided to back off on the 8th lap to get behind someone. On the lap after I backed off, I immediately went quicker with a 47.679 which was good enough for 4th in class, 2nd row.

Starting 4th, I was aiming to gain a place at least. As the flag dropped I had a great start but as I was on the outside I got boxed out and fell down to 6th in class. I knew that I needed to gain back the most positions possible and finish on an odd position which would put me on the inside for turn one for the second heat. I was struggling to gain back positions, so I decided not to fight being overtaken by 7th place which would place me on the inside for the 2nd heat. Following the 4th lap, nobody from 3rd to 10th changed position so I finished 7th. I wasn’t happy with it, but I knew that I couldn’t do anything to prevent being boxed out in turn 1. The outside is not a good place to be at Teesside due the grid not be spaced apart enough.

In heat 2 at the start, I didn’t manage to gain any positions but it wouldn’t matter as, on the second lap 2nd, 3rd and 4th positions crashed into each other at the fastest corner on the track, (1:47:05 on the video if you want to watch) causing then all to spin out and promoting me into 3rd place. After the crash, the leader was half a second ahead of the rest of the pack, which is a lot in karting terms and there was no chance of us catching up. However, I once again wanted to be on the inside for turn one on the next race, so I didn’t attack second place. I finished 3rd which placed me there for the 3rd heat.

After the dinner break, we were ready for the 3rd heat. I was starting 3rd after the crash in the previous heat and was aiming to finish as high as possible as the final goes of the number of points scored in the heats and no matter what I was starting 3rd for the final. I had a good start, allowing me to get up into 2nd place and on the 3rd lap, I sent it down the inside of the first hairpin, putting me up into the lead for the first time this year at Teesside. However, it was short lasting as on the next lap I got overtaken into south bank. I wasn’t that bothered as myself and the leader now know that I had the pace to beat them in the final. I finished 2nd and was starting 3rd in the final.

As the race started I had an amazing reaction time and got up into second place by the chicanes. Being the only driver of the day to challenge Jared, with 7 laps remaining I got up into the lead of the final with an overtake into the first hairpin. I kept this lead until the 7th lap when I fell down to 4th after being slowed down by someone that sent me to the inside of the first hairpin. I was fourth until the last lap when I got alongside 3rd place going into the D chicane, an unorthodox overtaking place, and span out 3rd place after they didn’t see me on the inside and closed the door. (4:57:38 on the video). I finished 3rd, for my first podium at Teesside after a very long wait.

Well done to Thomas Potter for an incredible drive in the final to come from 6th place on the grid to win his first race and to get into 2nd place in the championship. Onto the next one, CKC Round 5 at Hooton Park and I will be driving both my Honda Cadet 200 and testing a 2-stroke Micro Max.