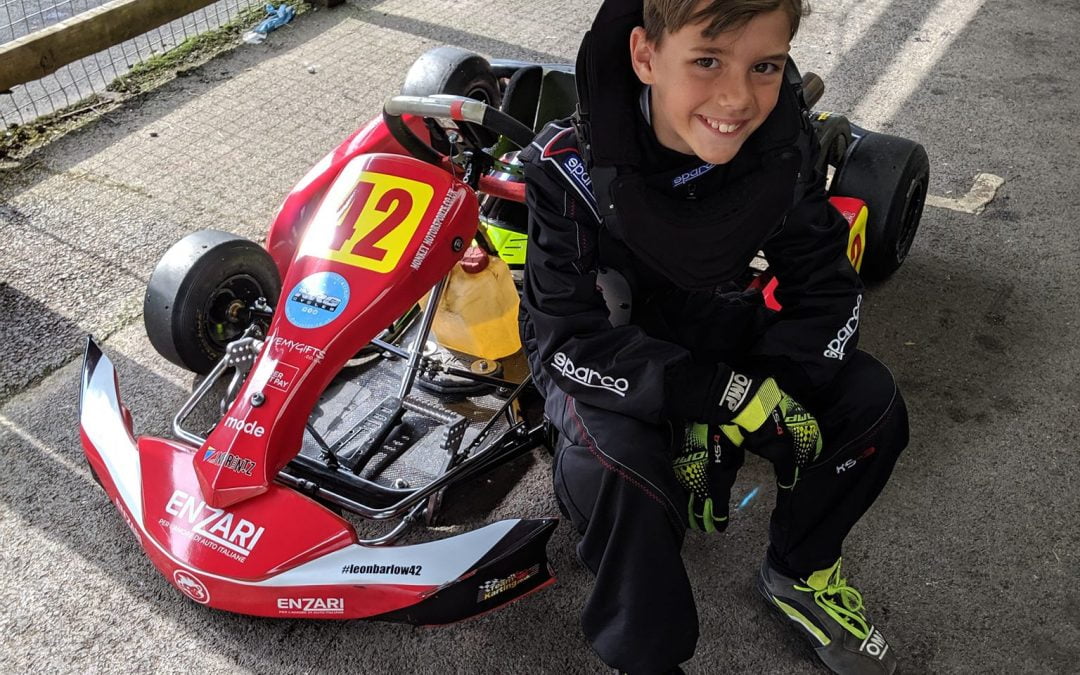 After practice the day before, I qualified 8th out of a grid of 12 with a 57.65 second lap time. which was pretty good considering I had only driven the track for 35 laps the day before. There was actually a larger grid of 18, but 6 of the karts had Honda 160 engines rather than the 200 we were running. These had their own trophies to fight for.

In heat one I was starting 8th but on the warm-up lap the driver in 7th span and went to the back, so, I was now starting 7th. Into the first corner, I stayed in 7th but got into 6th on the 2nd corner with a late braking overtake. I then stayed there for the rest of the race as I had to defended the place rather than attack for 5th.

Usually in heat 2, I would start where I finished in heat 1 but at Rowrah I would start where I qualified. So I was starting 8th, again. As I am not the best at rolling starts yet, I went down to 9th but got back up to 8th almost immediately, on the final corner of the first lap I moved up to 7th, with an overtake out of the second hairpin. I remained there for the remaining of the race as 6th was too far in front already.

In the final, I was starting an average of 6th and it was raining. Oh no! I had never driven this track before in the rain so I didn’t know the line or where the grip was. Every lap, I had to try different lines. On the first lap I moved up two places to 4th due to a crash Infront on me but then I span on the fast corner and moved down to 8th. On the 4th lap I managed to move up to 7th but 2 laps later went back down to 8th with yet another spin. This time on the second hairpin. In the end, I finished 8th. I was disappointed at the end of the race, as I could have done so much better if it had been a dry race.

At the end of the day, I was very proud of myself the first time at a new track I came 8th but I couldn’t have done it without the support from

and my Dad, Mick Barlow (https://www.instagram.com/mickwbarlow/ )