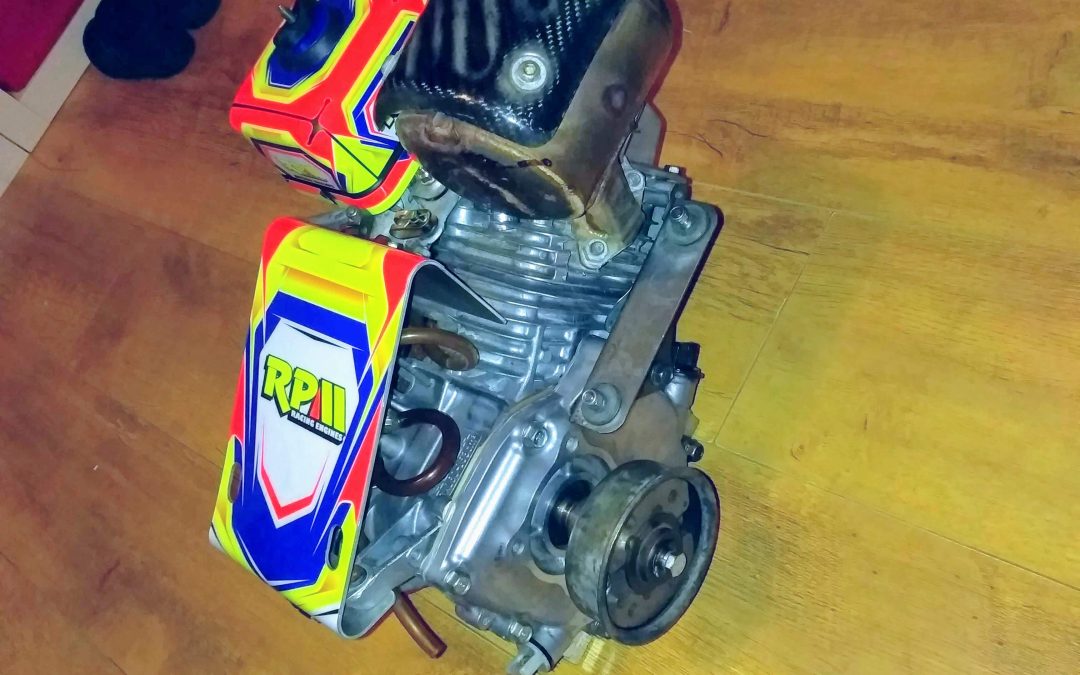 Well, who do we blame for this one I wonder?

Last year we went to watch 3 or 4 MSA races at Three Sisters. For those who don’t know MSA is the governing body for motorsport in the UK. They set the rules so ensure drivers are safe and organised when they race.

Our closest MSA club is Manchester Buxton Kart Club and these are the guys we had been speaking two before purchasing my own kart. Now most guys in MSA clubs at cadet level run 2 stroke 60cc Iame engines, or 4 stroke 160cc Honda engines. Iame is the engine of choice in the north of England, and Honda in the south. No idea why though?

As we (me, my dad and grandad) have very little mechanical knowledge, we decided to go down the Honda route. Basically, the Honda is a basic lawnmower engine, pushing around 5.5hp if you’re lucky. Unfortunately, for MSA racing you can’t just use a basic engine, which costs under £300 new, you really need to get an RPM race tuned engine, with the correct exhaust. These engines cost between £1500 and £2000, but can develop around 6.5hp. Now we managed to find a RPM Honda GX160 SP which had been raced but well maintained, developing 6.4hp.

Now the problem! I have been learning to drive indoor at Team Karting in Rochdale, who where about to enter drivers into Indi Kart Championship at Hooton Park, Cheshire. Matty, the owner, had been very helpful telling us which kart to buy but failed to mention if we to run Indi Kart we would need a sealing RPM Honda GX200. (although TBF, we didn’t ask).

So, it seems we now have to go find another engine. Ouch!

Also, if anybody wants to buy an Honda GX160 RPM SP, I have one for sale.