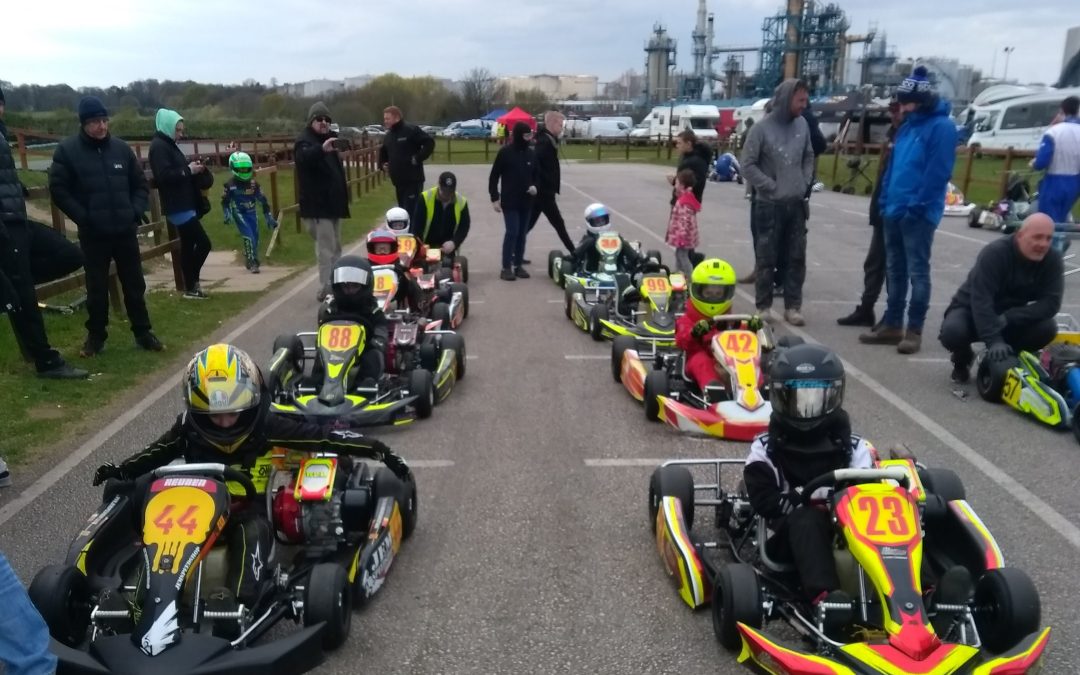 Following a personal best laptime in practice on the Saturday (43.60s), I was really looking forward to a good race day on Sunday. The weather looked to be good, dry and around 10 degrees.

Due to the longer sunlight, we were able to get a 3 lap practice (transponder test) in also, rather than jumping straight into qualifying. All Good so far, and high hopes for a fast qualifying time. If I could beat yesterday’s PB, I may even have a chance for the front row in Heat 1.

Off to a good start in qualifying , jumping straight into a 44 second lap on cold tires. I definitely had a chance for low 43 seconds in the later laps, i was even upto 3rd at one point. Then disaster struck. On the back straight of the fourth lap my exhaust started popping and i lost all my speed. I managed to get to the first part of the double left but i couldn’t make it back to the pits, my engine had cut out completely. My mechanic (Ross) came over but couldn’t restart it, i was stranded on the side of the track until qualifying had finished. When qualifying had finished we went back to the tent, we had an hour to get it started…

After checking the fuel line and filter, replacing the spark plug and HT lead and finally looking for oil where it shouldn’t be, Ross came to the conclusion it was the coil. Now the coil can be changed but that would mean breaking the seal, which would make it an illegal engine to race with. It must go to RPM Racing Engines for a repair.

Now i had a problem, my only GX200 (the engine i needed) was broken, my spare engine was an RPM tuned MSA GX160 (which is not suitable for Indykart).

What was i to do? Does anyone have a spare engine?