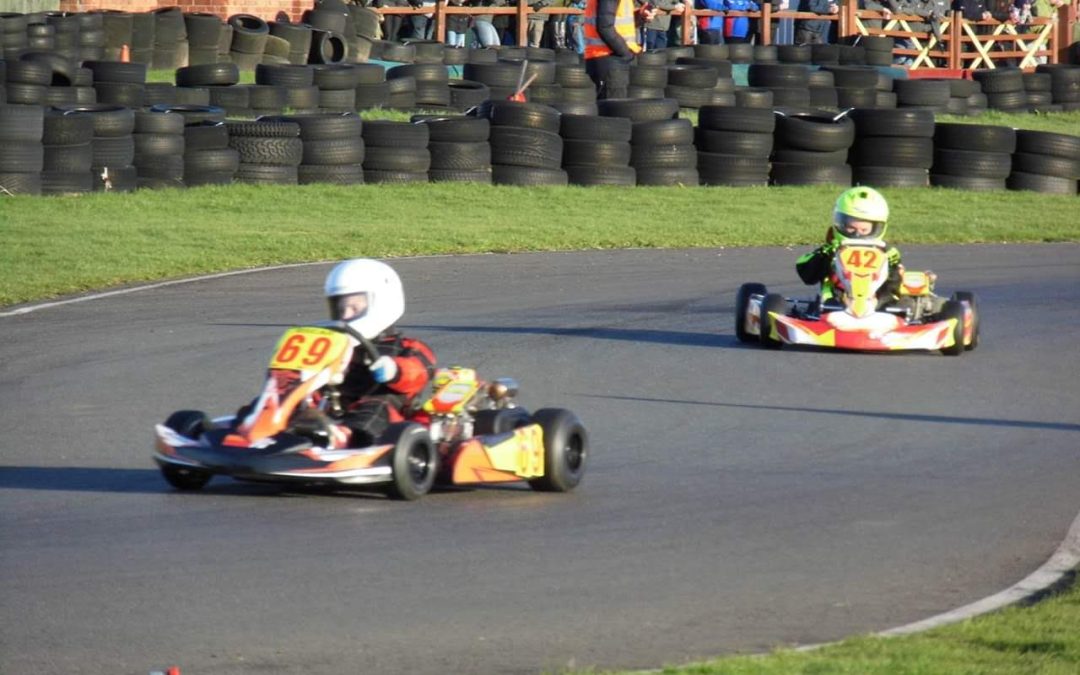 Following on from my previous blog about the qualifying, next up is my thoughts on actual head-to-head racing in the Indi Kart Racing series. The heats!

Now the two heats go towards your final starting place in the final at the end of the day. Your qualifying time decides your place on the grid, or rather place in the “rolling start”, something I had never experienced before.

Now as I had transponder issues in qualifying, I was starting at the back of the grid, so hopefully this rolling start shouldn’t be a massive issue. All I had to do was to stick with the pack, then try and get a good run into turn 1 once the lights turn green.

We all came out of the pits, with me at the back, but the driver in front of me was not keeping up with the pack. Again, it was probably his first time in a rolling start, as most of us were new to Indi Kart Racing. I could see them getting further and further away. What do I do? Can I overtake, or do I need to just stay behind? So, as I was unsure, I stayed in behind the driver, and (what seemed like) miles behind the pack. Surely the driver in front of me would catch up, or the pack would slow down, or the starting marshall would send the group around again??

As soon as the first drivers crossed the start/finish line, the 2019 Indi Kart Racing for cadets were off, and I am 30 kart lengths back! Brilliant! This is going take some serious effort now to get anywhere the front three.