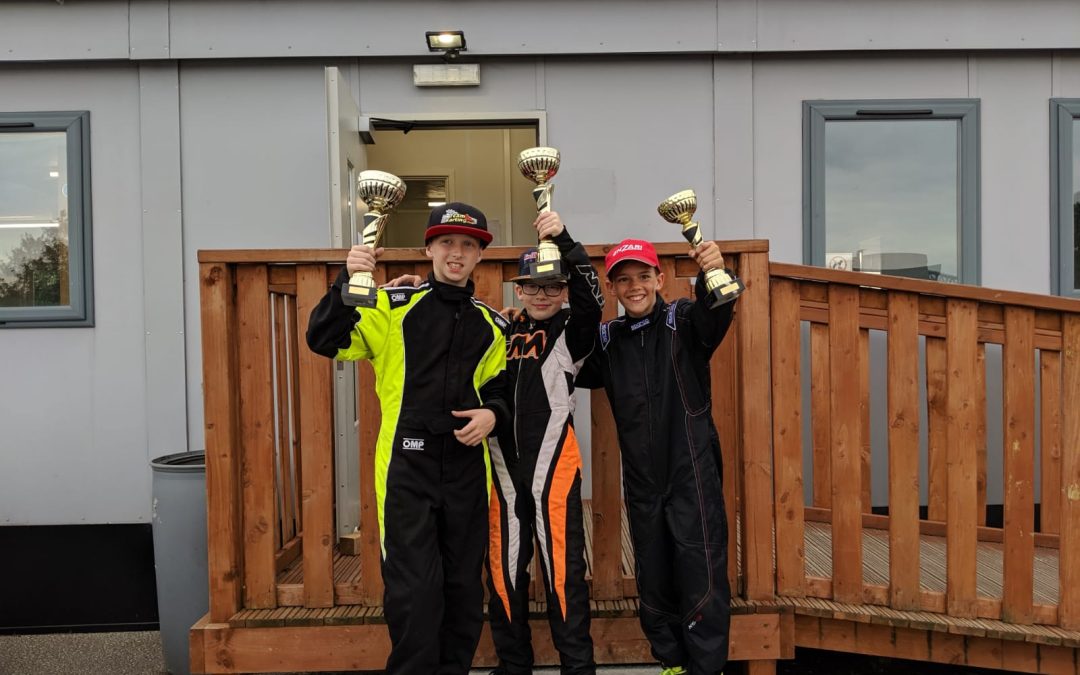 Following a driver coaching all day the day before with Shawn Woods, I went out for qualifying with high hopes. Unfortunately, I got stuck behind a train of karts. I tried to back off but I caught straight back up to them. In the end, I qualified 4th with a 42.8 which was my best ever qualifying time and position.

Heat 1 came and I was starting 4th. As there was only 2 Iame`s they had to join our race so we had to do a rolling start. I was 4th into the first and second corner but on the 3rd corner, I went straight down the inside and moved up to 3rd position. I stayed 3rd for the whole race except the 2nd to the last corner of the last lap. This is when the driver in 4th tried to go through a gap that wasn’t really there, he ended up putting me onto the grass which made me spin and then finish 8th. I was so upset but determined at the same time. So close!

I was starting 8th for heat 2 but I was confident that I would finish at least 5th. We did the formation lap but the Iame`s were too far behind so we had to go round again., This time they had caught up and we were about to get racing. We came round the final turn and we all started to accelerate harder the lights went out and we were going. As soon as I got past the start cone I turned in front of the driver next to me because he had got a bad start, I was in 7th. Into the first corner, I overtook 6th place I was now in 6th. I stayed in position into the 2nd corner but managed 5th on the 3rd turn with a late-breaking maneuver on the inside. On the 4th and 5th turn I pushed hard up into 4th. Now the only person between me and 3rd was my biggest rival of the day, Leighton, the one who made me 8th in heat 1. I couldn’t get him into the 6th or 7th turn but I had a good exit out of 7th. On the main straight I was alongside him, I out-braked him into 1st corner but he got me back in the 2nd turn because I ran wide on my overtake. I had a better exit on turn 2 and got him straight back. I was in 3rd the rest of the race and was so happy when I crossed the finish line. COME-BACK OF THE CENTURY.

In the final, I was starting 6th. I got into 3rd in the first corner but was under pressure and had to defend the whole race from my rival #LeightonBurrell88. This meant no quick lap times in the final. In the end, he spun off and I came 3rd.