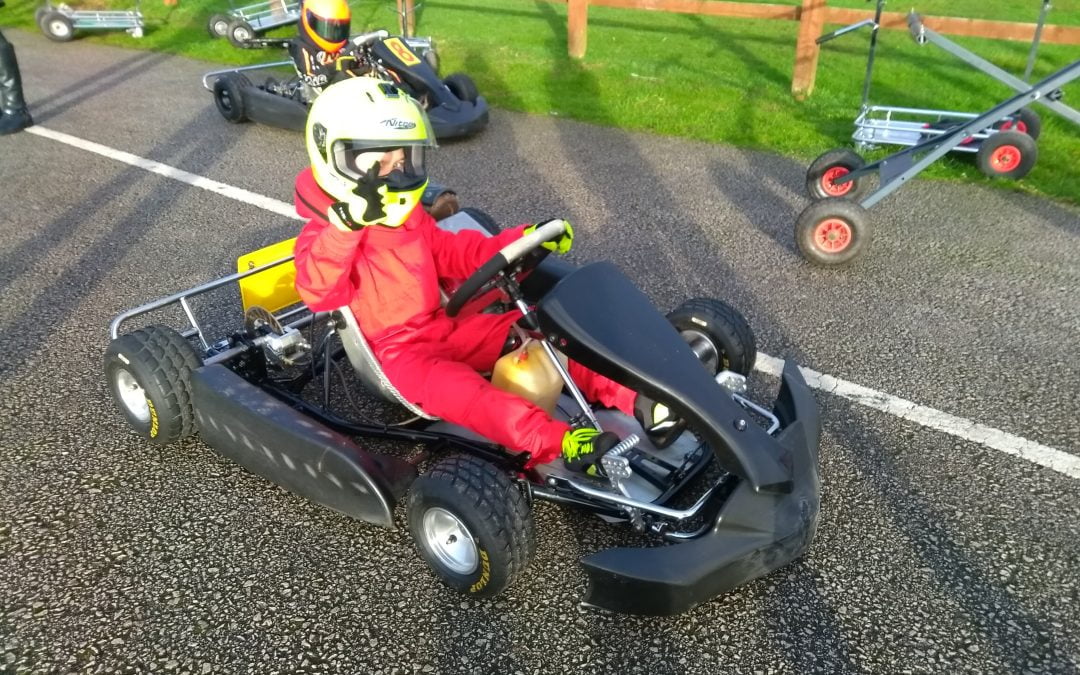 Wow, just wow…. You could not wipe the smile from my face after that first taste of RPM power, and on that Project One chassis it just blew my mind.

First run was at Hooton Park. The track was really, really slippy. It was slightly wet and although it dried out during the day, and my times improved, I still had to fight it round the bends, making sure I could actually come out of the other side facing the right way. Not something I am used to with club karts.

At the time it was all a bit of a blue, but thinking back the P1 was so direct, point it in a direction and it just goes. It felt so light, I think I could drive it with one hand (slowly, haha) The brakes are just crazy. If you stamp on them you feel like your eyes are about to pop out the front of your head. And that engine! It actually pulls properly. I can’t just boot it out of the corners now. Not without doing a 360 anyway. That something i really need to get used it… Actually, I wonder if it could do donuts???

It really is going to take some getting used to as some of the kids going round were really flying. So much grip round the corners. I think I am going to have to start closing my eyes in the corners.

I can’t wait to get back in! AGAIN, AGAIN!