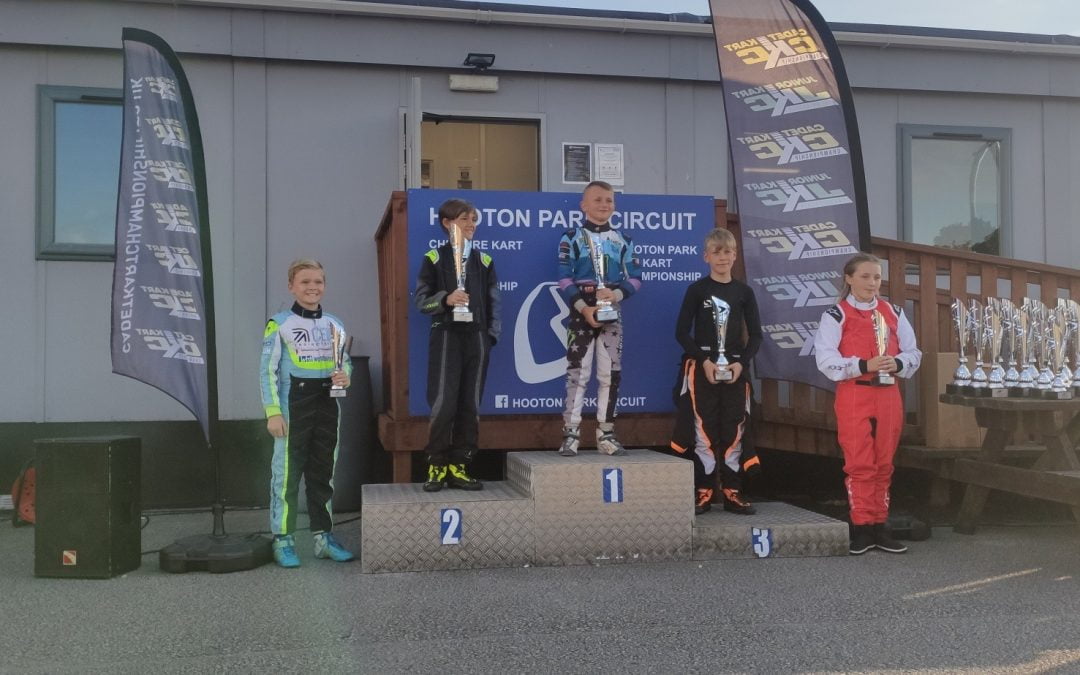 This is the second part of this weekends racing for the CKC at Hooton Park. Make sure you go read the first part before you read this for it to make sense.

Off the start, I got boxed out as I was on the outside for turn 1 and immediately fell down to 4th place. On the next lap, 2nd and 3rd place were side by side going into the double left in the centre of the circuit. The attacker was fully past until the 3rd place runner sent it up the inside on the second part of the corner. This made him bounce off the kerb and into the side of the other driver. The other driver was then put onto the grass, causing them to lose many places, ending it all in 6th position. After this the driver that caused it got a contact warning. Two of these during the dat and his next warning would result in a time penalty.

Over the next few laps I was fighting for 2nd place. Once again, similar to the previous race, every time I got alongside them they would squeeze me onto the grass. Due to him squeezing me onto the grass they got another contact warning. One more and he would have a 5-second penalty that would be added to their finishing time. He did squeeze me off again, which gave him a penalty and caused brake to nearly fall off. Literally! With my brake having issues my pace drastically slowed down allowing 4th place to catch up and get past.

I managed to hold on to 4th on track but due to 2nd place’s time penalty, I finished 3rd.

I had a good start but 2nd place had a better one. Luckily, because I had the inside for turn 1 I kept ahead. Once, again I managed to pull a large gap to 2nd place. At the end of the race, I had a gap of 3.5 seconds. Which was smaller than the first race but was still a lot in karting terms. I also had the fastest lap by more than three-tenths of a second.

Due to the delays to the first race red flags, there were no third heats and the finals only started at 18:45. A full 3 hours after the planned finishing times. I was once again starting 2nd and off the start, I fell down to 3rd position. As soon as the first lap ended the top three were pushing each other to pull a gap from 4th place so that we could fight with each other at the closing stages of the race without any of us losing the podium.

Our plan had worked as by the 14th out of 16 laps we were over a second away from 4th position. Going onto the last lap the leader went ultra-defensive, trying to defend their first win of the CKC. Neither 2nd nor 3rd could get past. He did the same thing for the 3rd corner, and what he thought was the final overtaking opportunity other than the last corner.

As soon as we came out of the hairpin I knew that 2nd place would go for the win on the final corner, so going into it I left them enough room so that if they collided I could pick up the scraps. I was correct as going into the final corner 2nd place runner went to the inside. They collided and I got passed and into 2nd place. As we went past the chequered flag I was just 0.07 seconds off of 1st place.

Off of the start, and by the end of the first lap I had pulled a half a second gap. However, until the third lap, the gap was ever closing. Then on the fourth lap, he went to my inside for turn 1. I tried to get him back going into the hairpin at turn three but he went really defensive and cut across my front bumper as I went to the inside. If I had any slower reaction times I could have hit him as caused us both to spin. Gladly, for both of us, I didn’t. So realising I was now in a race, on the next lap I recaptured my focus and got past them into turn 1 and began to pull a gap.

By the end of the race, it had grown to 2.75 seconds and I had taken home the win in my first outing in a Micro Mix with the consistency of the X Kart chassis helping a ton.

A special well done to Haris Roberts for taking home a grand slam first win this weekend and thanks to X Kart, Sodi and Wright Racing Engines for the great 950 Micro Max Kart.