Obsessed with engineering & motorsport, I started indoor karting aged 9 at Team Karting, Rochdale. That quickly progressed to outdoor and this year I am racing at msuk club level, and nationally at ikr level.

I have always been an engineer at heart, from as little 2 years old I spent most of my time building railway tracks and playing with Lego. My dad introduced me to motorsport around age 5, visiting various rallies and tin top racing series around the North West of England. Karting was never something we had even considered until we visited a local indoor kart track; Team Karting. The rest, as they say, is history.

I moved to outdoor karting in the Bill Sisley academy at Three Sisters, Wigan through the school holidays. Then after speaking to a few people at a MSUK club meet, we decided we would look at this a little more seriously.

Christmas of 2009, I received my first proper race kart, a Honda GX160 powered Project One, where I entered my first ever race in February 2010 at Hooton Park, Cheshire. As I was the only Cadet on a GX160, this was quickly swapped to a GX200 (and new up and coming class at the time).

After racing for a few months, I managed to get my first sponsor in Jason at Enzari. (https://www.leonbarlow.com/we-have-sponsors/) With Jason’s help and a couple of others, we were able to race further afield. So rather than just at Hooton Park against 10 or so others, I started racing up at Teesside on larger 30 kart grids. (https://www.leonbarlow.com/teesside-owner-driver-sprint-round-5/)

At the started of 2020 and just 12 months into my racing career and I joined a new IKR national series in Cadet Kart Championship. A championship now help promote and grow by helping at Kartmania and running the Official YouTube channel.

The plan was to race full seasons at CKC and Teesside (with testing in-between), but this was the start of COVID where the whole country (world) was shut down in many months in a 2 year period. This meant that for multiple weekends, karting just wasn’t an option.

Although I finished 5th in CKC, two years running with a couple of podiums along the way, my highlights of running Honda was winning the Wombwell Cock o north twice over the same two year period, as you get a huge chicken as a trophy.

Following on from Honda Cadet, I moved in Mini Max at the end of 2021, as although I was old enough to do Junior Max, my weight meant I would not be heavy enough to race.

My first Mini Max chassis was a 2021 X-Kart with a Rotax engine from Time Racing Engines , but in the middle  of 2022, this was upgraded to the latest, and much improved 2022 chassis.

As of 2022 I am racing in Junior Kart Championship and Whilton Mill Kart club for the X-Kart factory team. As this is MSUK racing, I had to start the season on novice plates, and at the back of a 45 driver grid. 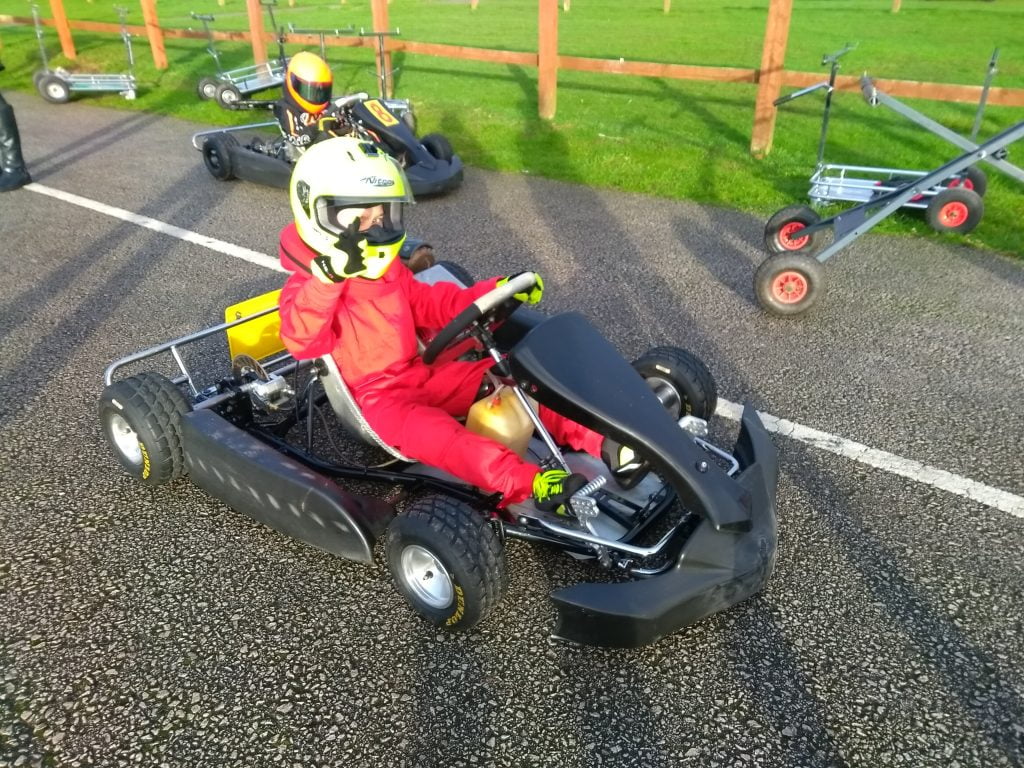 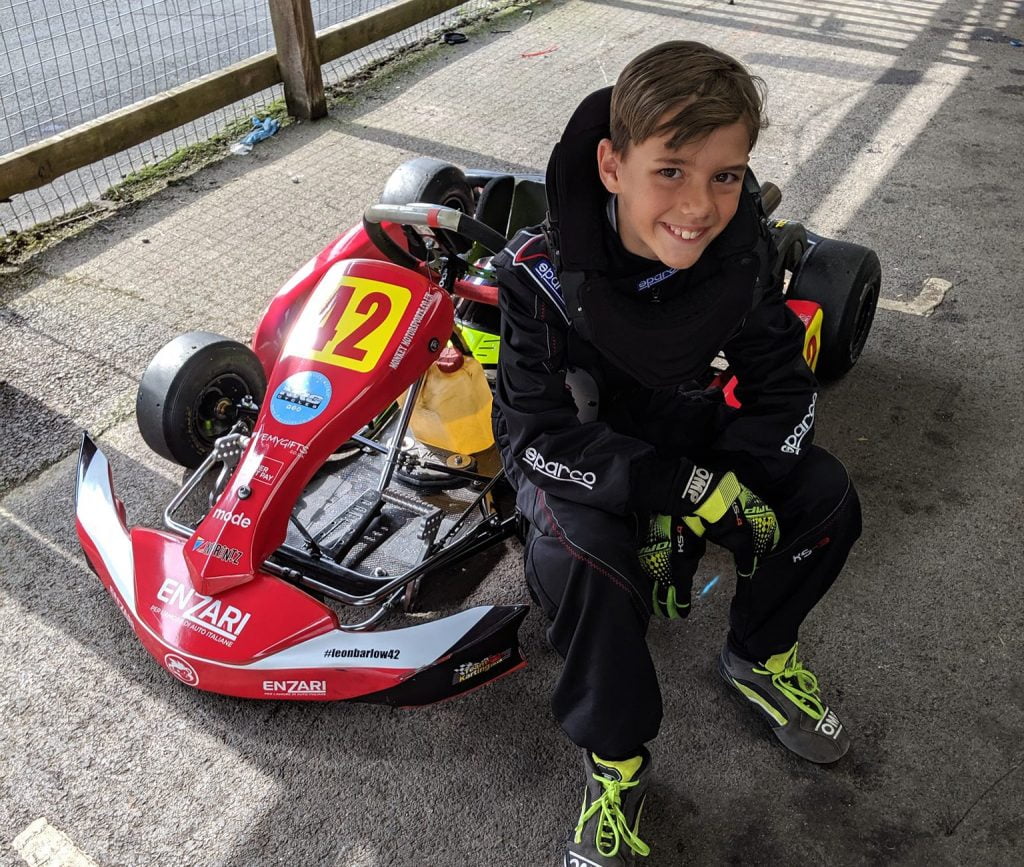 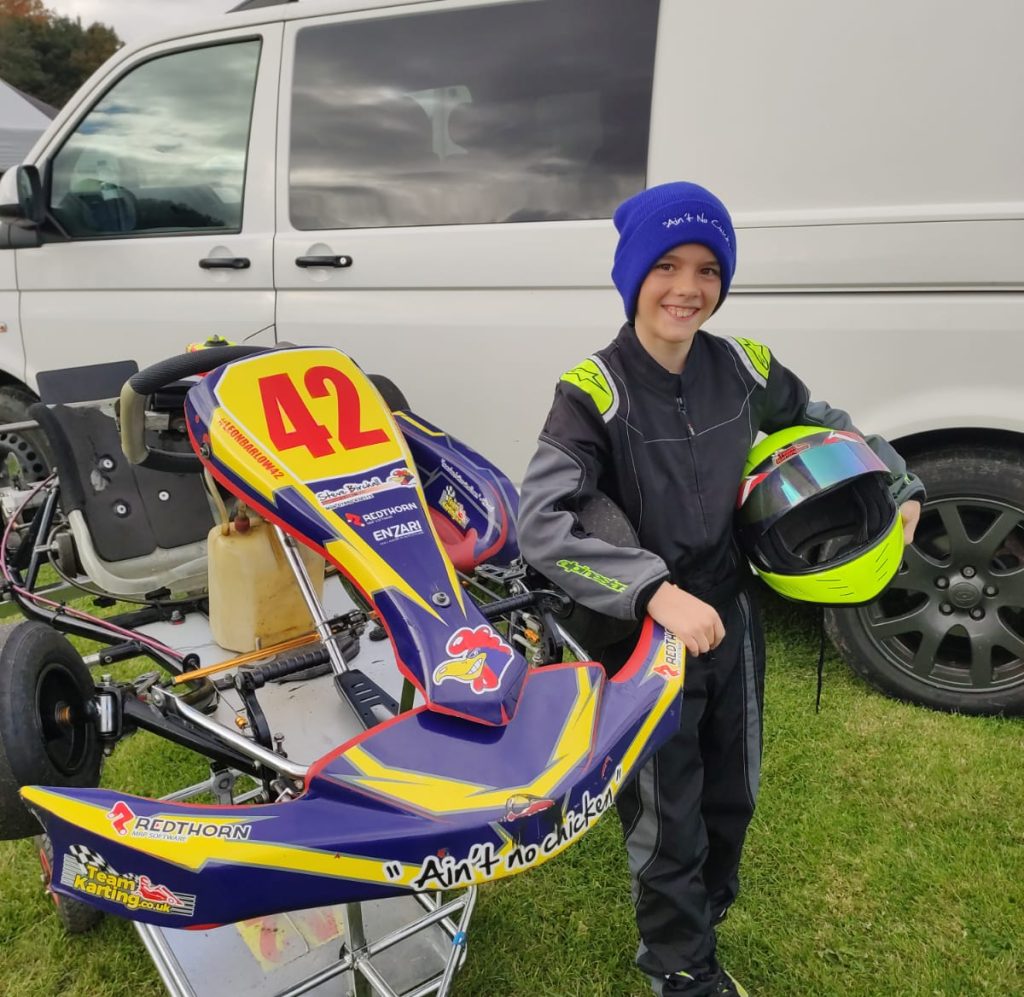 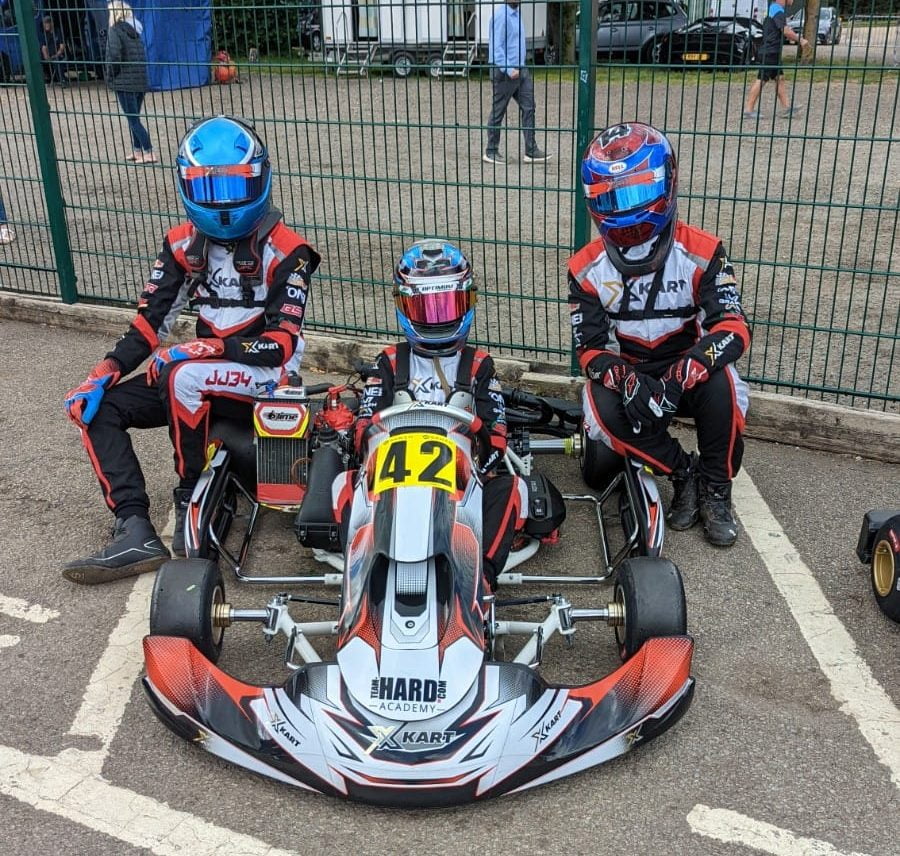